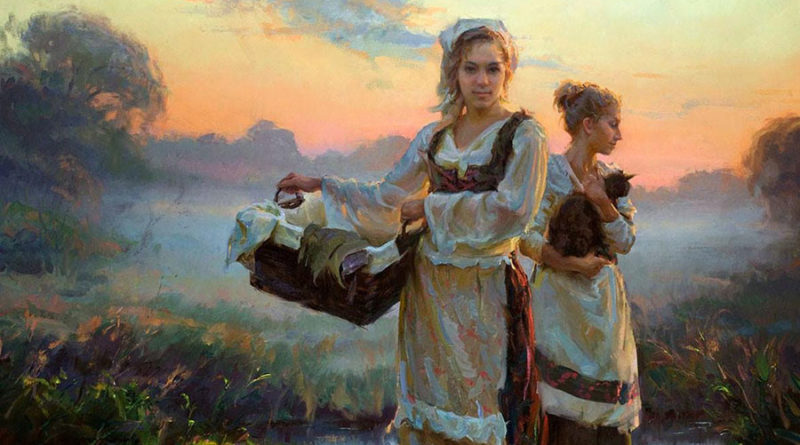 Даниэль Герхартц (Daniel Gerhartz) — американский художник создает свои работы в жанре пейзаж и портрет. Daniel Gerhartz родился в 1965 году в городе Кьюскаскум (штат Висконсин, США), где живет и в настоящее время. Dan’s interest in art emerged as a teenager. Studies at the American Academy of Art in Chicago, Illinois and his voracious appetite for museums and the modern masters such as John Singer Sargent, Alphonse Mucha, Nicolai Fechin, Joaquin Sorolla, Carl von Marr as well as a host of other French and American impressionists have inspired him. Dan has a particular interest and appreciation for modern Russian art and the sumptuous canvases of the painters Nicolai Fechin, Isaac Levitan and Ilya Repin. As Dan says, their paintings are «completely loose yet deliberate and faithful, not at all flashy.» 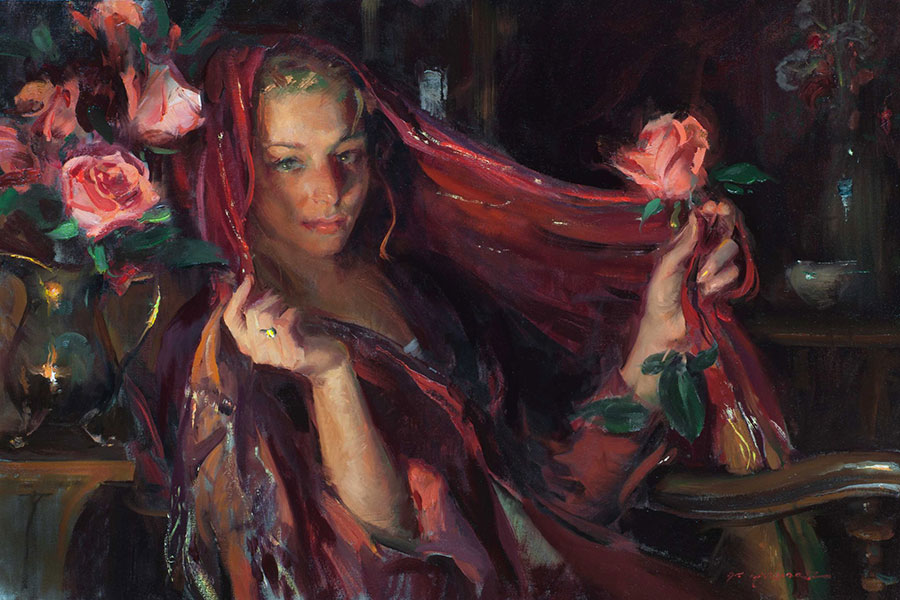 Indeed, the powerful and evocative beauty of Gerhartz’s paintings are also due in large measure to looseness, honesty and faithfulness of his style. Dan’s paintings embrace a range of subjects, most prominently the female figure in either a pastoral setting or an intimate interior. He is at his best with subjects from everyday life, genre subjects, sacred-idyllic landscapes or figures in quiet repose, meditation or contemplative isolation. His mastery of the female figure, the clothed figure especially, is brilliant. He has drawn inspiration from the very old tradition of romanticism and symbolism. His absolutely lavish surfaces, color and lighting are in harmony with his expressionistic brushstroke, application and modeling of light and shade. His paintings are sensitive yet evocative creations, which dramatize his bold and ambitious technique. 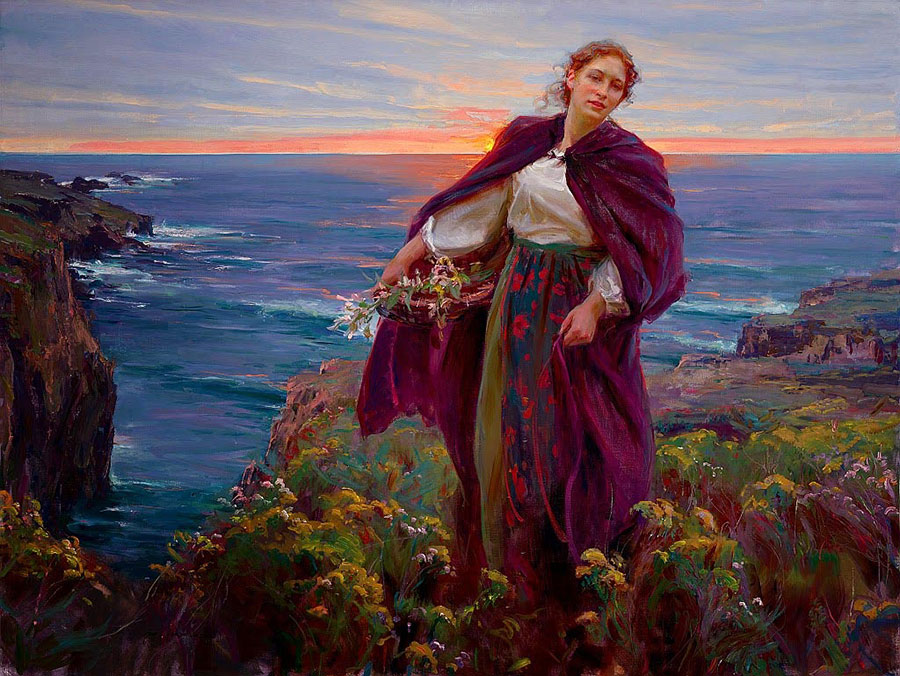 He is at his very best when he allows himself to explore the surface in a free and painterly manner, while retaining his sense of other worldliness. His subjects evoke a timelessness and idealism, yet for the most part Dan has drawn upon his home and community in Wisconsin, including family and friends. His sense of intimacy and honesty with regard to his subjests are a direct result of his closeness and proximity to them. A projection of tranquillity, repose and rich introspection result from his knowledge of the content of his art. 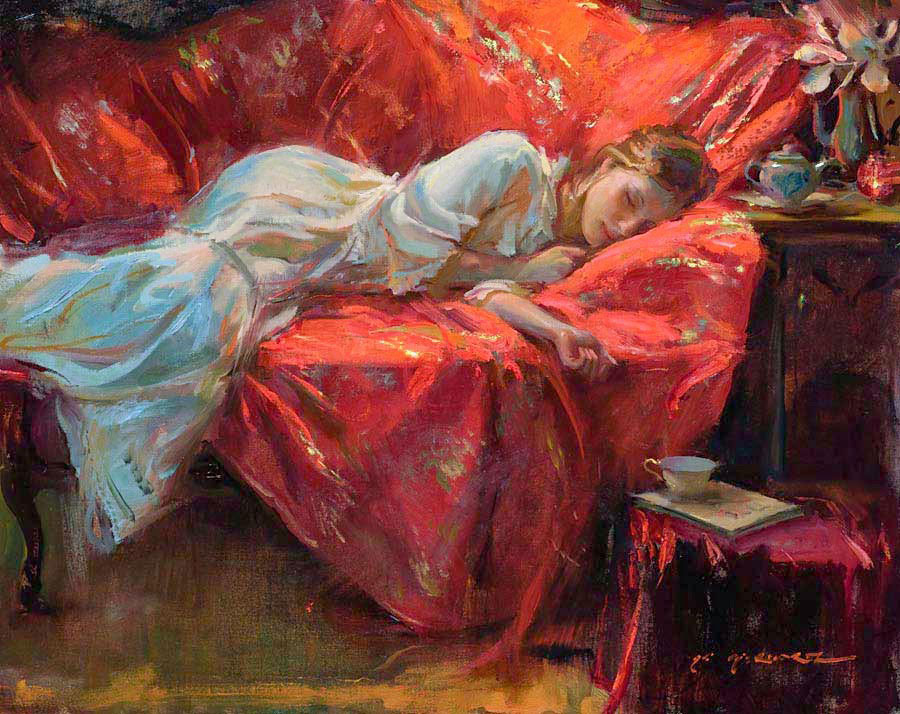 In Gerhartz’s pictures the ordinary or commonplace is transformed into a higher reality and consequently a sense of greater importance. Emotions are a vital part of his express design, while his mastery of anatomy, the human form and complex surfaces combine to make his canvases very powerful visual experiences. About his work Dan has said, «My desire as an artist is that the images I paint would point to the Creator, and not to me, the conveyor. J.S. Bach said it well as he signed his work, ‘Soli Deo Gloria,’ To God alone be the glory.» J. Brooks Joyner 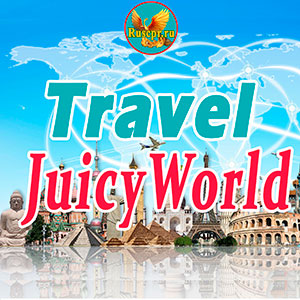 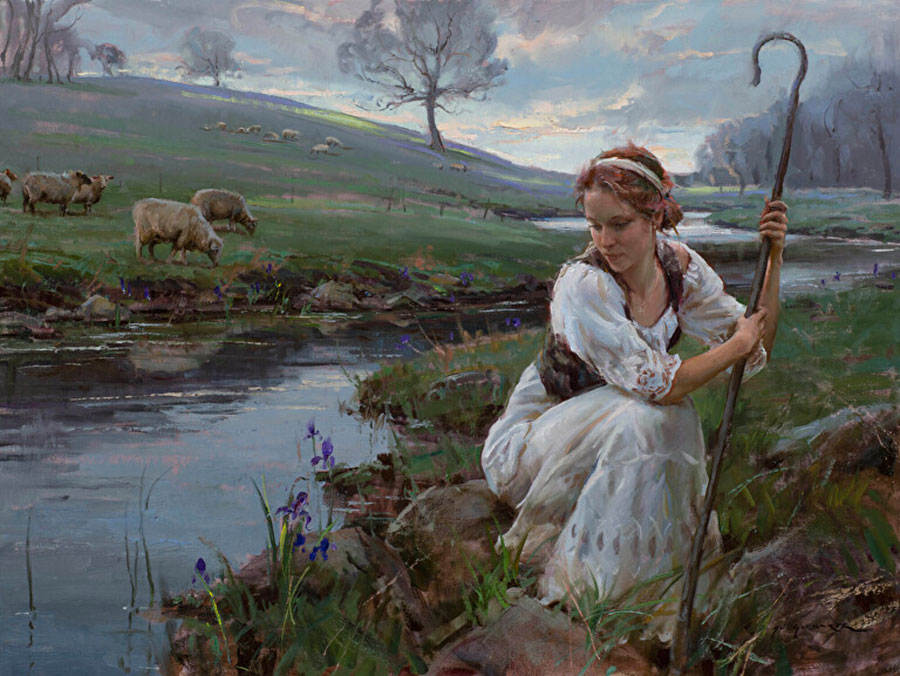 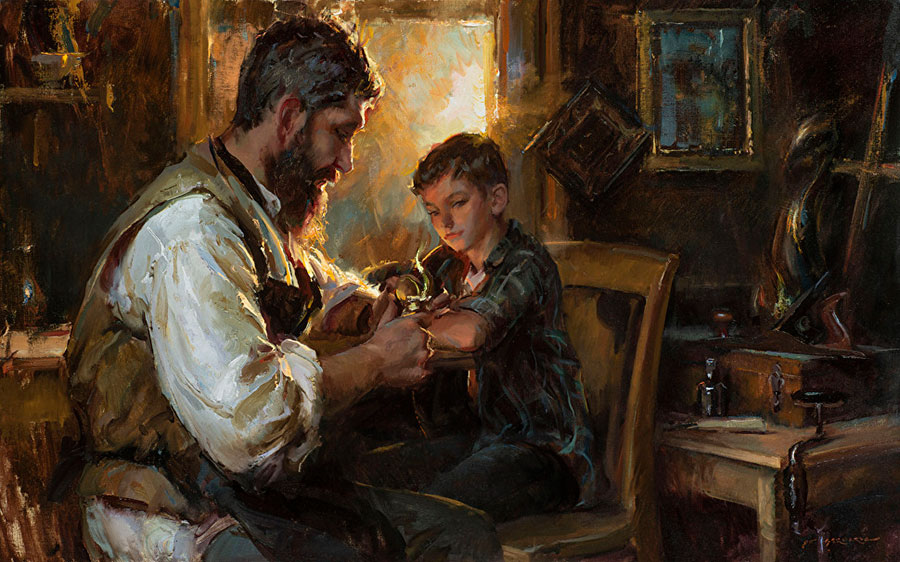 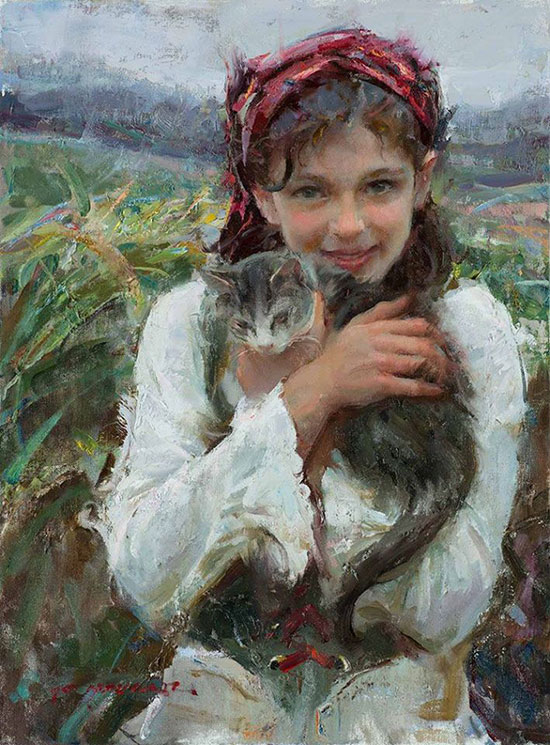 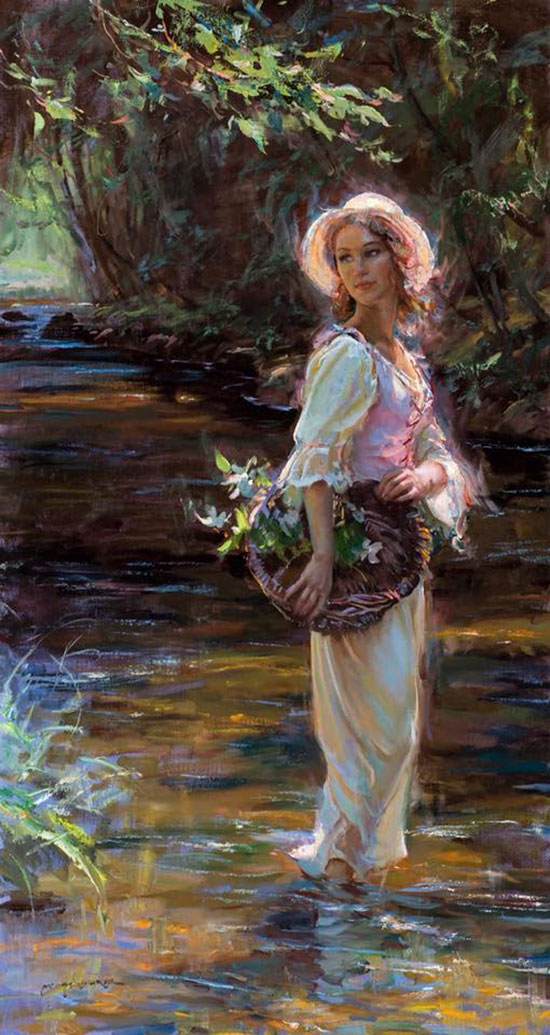 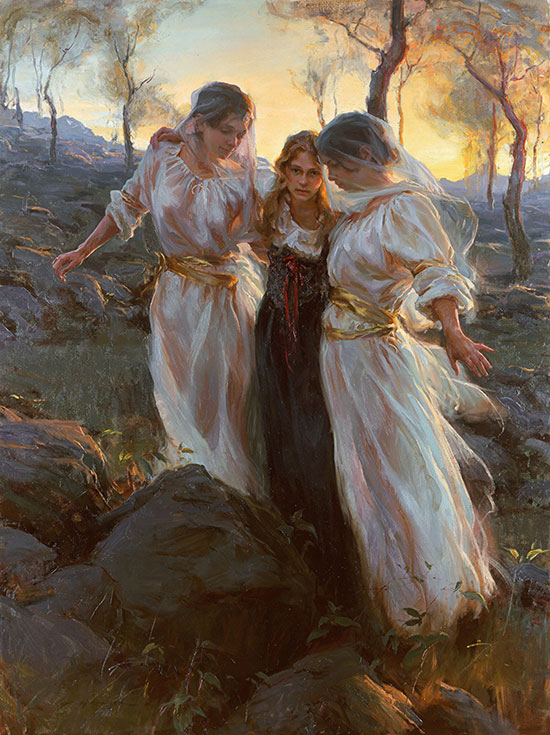 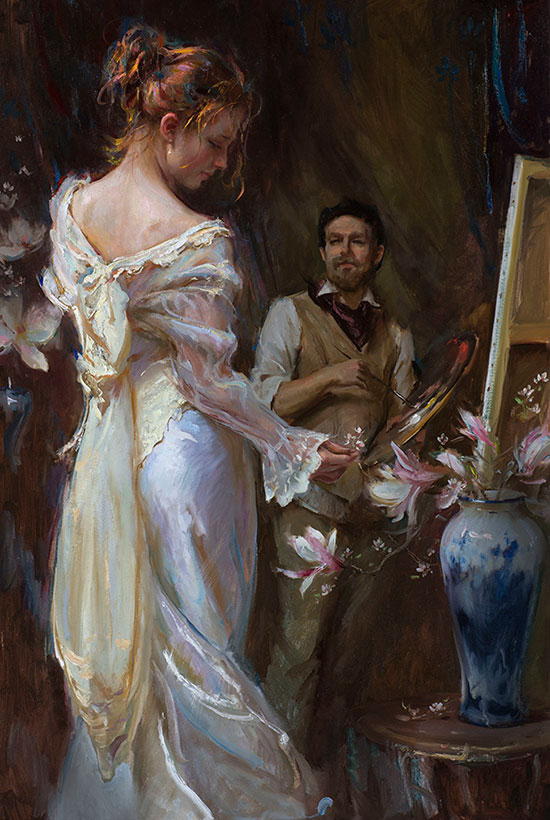 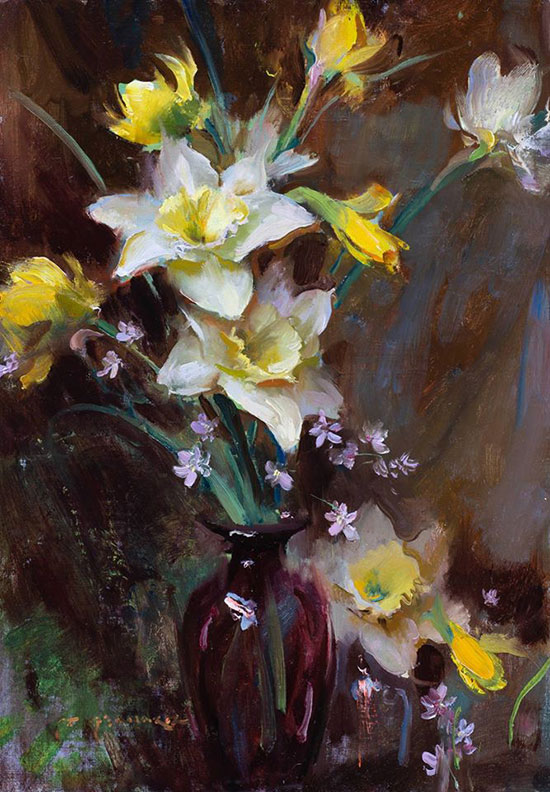 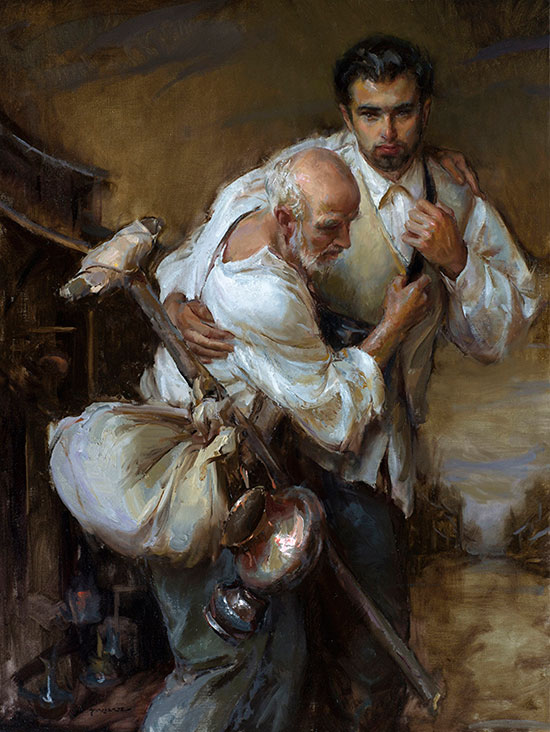 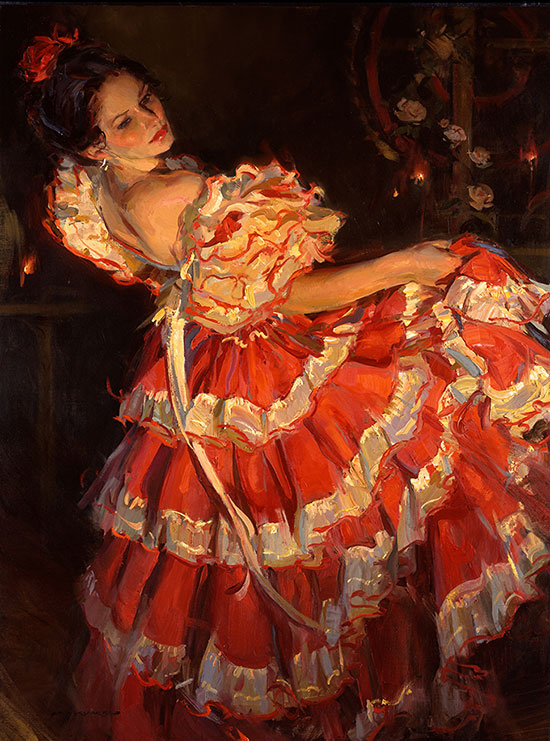 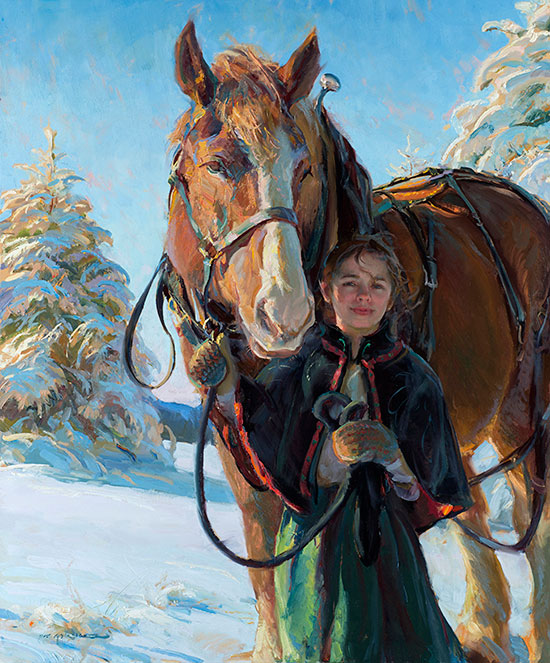 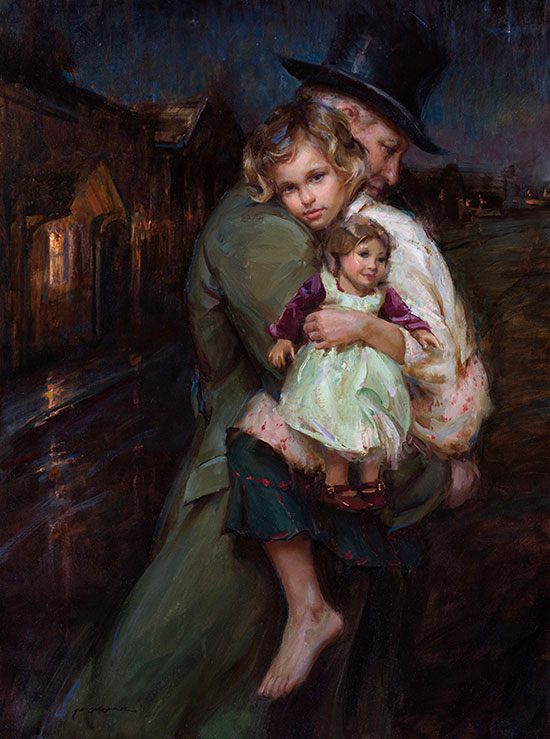 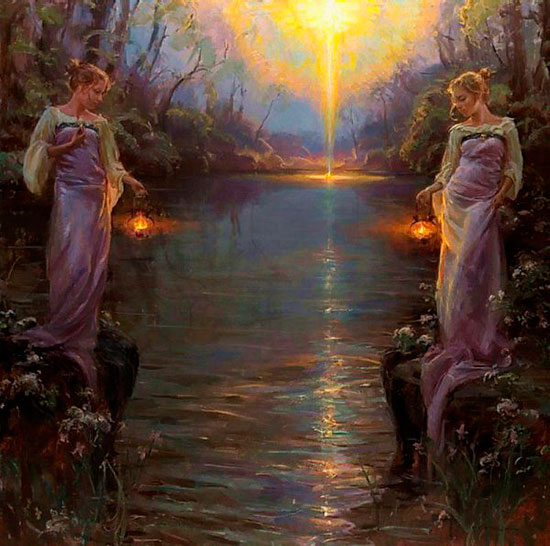 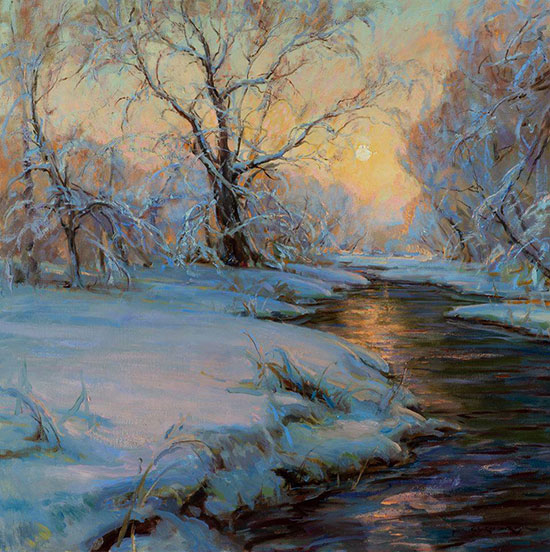 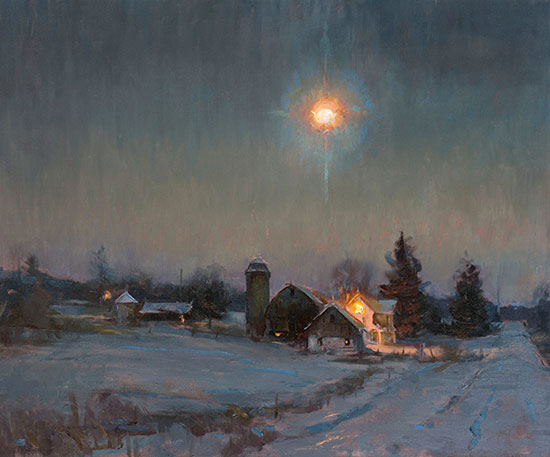 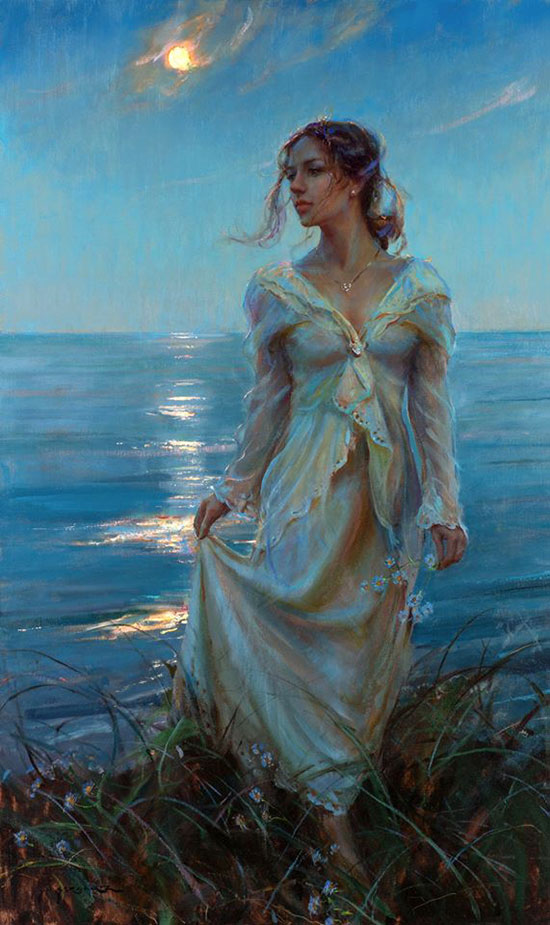 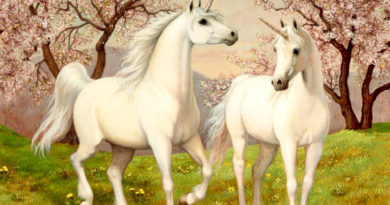 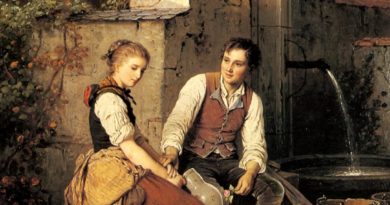 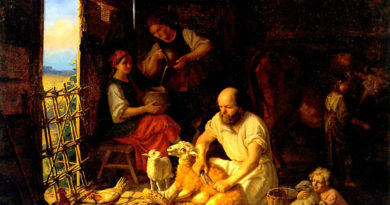